How Batman joined the Tourney

Six months following the Joker's rampage, Commisioner Gordon informs Batman that Joker's Titan Formula has found its way into Gotham City and has turned up in the form of brother-sister team T&T. Wasting no time, Batman correctly suspects TwoFace to be T&T's previous employer, based on the fact that a pair of mirror images like T&T working together would be prime candidates for recruitment into Two-Face's gang. Unfortunately, he spotted Xiahou Dun killing members of Two Face's gang with his podao sword.

Batman throws one of his batarangs at his opponent.

Batman throws a smoke bomb at his opponent. If it connects, it obscures the vision and messes up the controls for a few seconds.

Batman takes his grapple gun and shoots it upwards. Should it hit a platform edge, he will grapple to it.

Batman jumps up and does a flying back kick at his opponent.

Batman throws a batarang at his opponent, which emits sonic waves that summons a swarm of bats to attack the opponent. After 6 seconds, Batman shuts the opponent up by doing a karate punch, knocking him/her away. 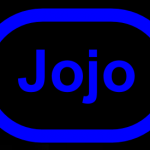